Vietnam : “The ground is subsiding in the Mekong Delta, a bit like in Venice”

Vietnam : “The ground is subsiding in the Mekong Delta, a bit like in Venice” 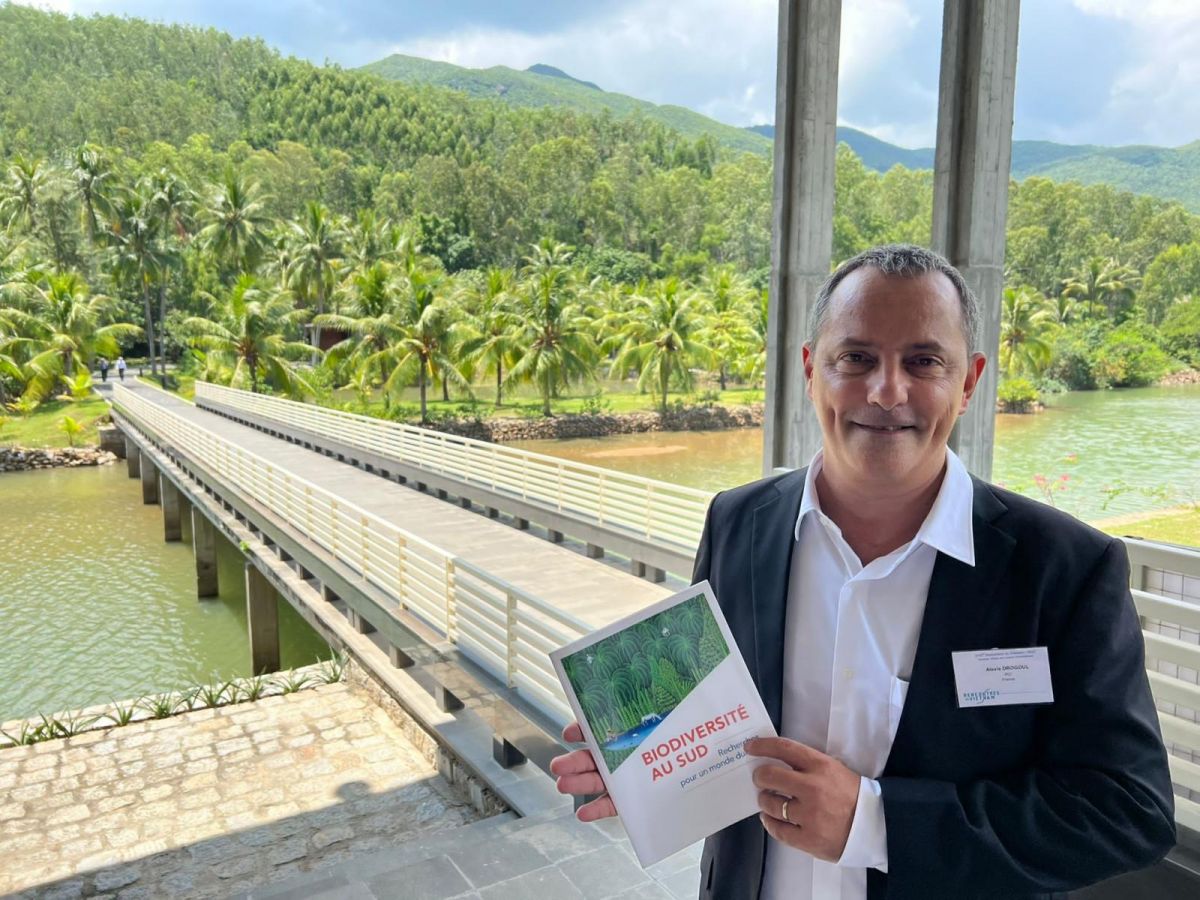 On the occasion of the XVIIIth Rencontres du Vietnam in Quy Nhon, Dr. Alexis Drogoul, Co-director of ACROSS International Joint Laboratory, had an interview with Sciences et Avenir – La Recherche.

The detail of the interview is available here (French only).

Below is the translation of the interview in English:

Intensive rice cultivation and groundwater pumping cause soil subsidence which, combined with rising water levels due to climate change, poses a threat to 20 million Vietnamese, including 12 million farmers, explains Alexis Drogoul of the French Research Institute for Development (IRD).

The observation is simple. There is a very strong demand from political decision-makers for forward-looking advice from scientists, not only from epidemiologists in times of pandemics such as Covid-19, but also to explain the impacts of climate change. And “this demand is even more pressing in developing countries”, observes Alexis Drogoul, co-director of the IJL ACROSS (International Joint Laboratory Advanced Computational Research for Sustainability Science), of the French Research Institute for the Environment ( IRD), located in the capital Hanoi (Vietnam), an institute which advocates the “science of sustainability”. On the occasion of the XVIIIth Vietnam Meetings in Quy Nhon (1), where Sciences et Avenir – La Recherche was invited to speak on the issues of “Biodiversity and Environment”, as well as “Ethics of nanotech and biotech”, the scientist residing in Vietnam for fifteen years, answered our questions.

“Upstream of the Red River delta, there is only a 4 or 5 meter drop to Hanoi”

Sciences et Avenir – La Recherche: What is the difference between our perception of climate change, particularly in France, and that of a developing country like Vietnam?

Alexis Drogoul: Developing countries or countries in the intertropical zone are subject to anthropogenic and climatic pressures of which we are not yet fully aware. In France, we are beginning to perceive climate change with episodes of heat waves and drought, but we do not realize the quasi-existential anguish that can seize a country announcing that in twenty or thirty years, 1/5th of its population will have its feet in the water.

Is this the case of Vietnam?

This is not the case for the whole country because a large part is mountainous but the coastal part, in particular in the Mekong delta and also the Red River delta are concerned. Knowing that upstream of the latter, there is only 4 or 5 meters of elevation to Hanoi, which is really very little.

Its delta is truly emblematic. Geologically very young, therefore fragile, it was declared a national priority four years ago by Vietnam and all the major donors (World Bank, AFD, etc.) are monitoring its development very carefully. We already have a good idea of ​​the threats to this fairly complex ecosystem. It has experienced too rapid development with an extraordinary intensification of agriculture. It must be realized that in only thirty years, Vietnam has gone from being a rice importing country which was not self-sufficient in terms of food to that of an exporting country. One of the main rice granaries in the region… Three crops are harvested there a year, thanks also to substantial doses of insecticides, hence the pollution of the soil. But today, it is a subsidence of the ground, due to this rice culture requiring a lot of water, with an increase in pumping in the water tables, that we are beginning to measure very precisely. This subsidence, which is on average 3 or 4 centimeters per year, can sometimes reach 10 cm per year, as in Can Tho, where the ground is subsiding so much that it is necessary to add steps to enter the houses. It’s a bit like Venice. We are therefore no longer talking about sea level rise, but about sea level rise…relative. The rise in water levels due to climate change is about 4 millimeters per year.

Does salt water rise in the delta and threaten crops?

Subsidence effectively results in soil salinization and the arrival of brackish water, which becomes unsuitable for crops.

Is it planned to use genetically different rice that would tolerate salt?

This is one of the tracks. In Indonesia, varieties capable of withstanding different salinities have been developed. The problem is that their much lower productivity does not ensure three harvests per year. And beware, if salt water invades the area six to eight months a year, no variety capable of growing in brackish water will be able to resist the open sea. At the IRD, we have worked on the subject by mapping the genome of all Vietnamese rice, more than 400 varieties (3). The interest is to succeed in linking these genetic variations to the phenotype of plants, in order to understand in which conditions they develop, which are resistant to drought, which to salinization… This work was carried out by what is called here a “key-laboratory”, founded less than ten years ago in Hanoi.

Are there specific deadlines on the difficulties that are emerging for the delta and its inhabitants?

It depends on the models that anticipate these changes, knowing that the models themselves evolve very quickly, in particular by now taking into account the exploitation of groundwater, mentioned above. Five years ago, it was said that half of the Mekong Delta would be affected by 2100. Taking into account the increase in population, the galloping construction of buildings as in Ho Chi Minh City, the pumping of groundwater, etc. the date was brought forward to 2050.

A set of solutions are considered, in addition to the adaptation of plants. Stop pumping? It would have geopolitical repercussions, because it would be necessary to take into account the effect of the dams upstream on the Mekong, which were built in China, Thailand, Laos, Cambodia. The answer cannot therefore be only Vietnamese. Another important parameter is the exploitation of the sand. The sand of the Mekong is indeed considered perfect for the constructions of Hong Kong or Singapore… This exploitation prevents the delta from renewing itself naturally. All these cumulative phenomena will make the situation difficult for the 20 million people who live in the delta, a large half of whom, 10 to 12 million, live directly from agriculture. But we are dealing with a country that was able to recover very quickly after the war and adapt to international upheavals in an astonishing way.

1) The XVIIIth Vietnam Meetings are entitled “Science, Ethics and Human Development”. Organized from September 13 to 16 at the ICISE Conference Center, Binh Dinh province, by physicist Jean Tran Thanh Van, biologist Lê Kim Ngoc and Michel Spiro, president of the International Union of Pure and Applied Physics (UIPPA) and initiator of the International Year of Basic Sciences for Sustainable Development IYBSSD2022, they received the support of UNESCO, CERN and the Solvay Foundation. They brought together around a hundred participants from all continents, from France to Sri Lanka, from Burkina Faso to the United States or from Switzerland to Australia, not forgetting Vietnamese scientists.

2) Mr. Nguyen Hieu Trung, from Can Tho University, in collaboration with the IRD, made a presentation specially devoted to the evolutions of the delta from an agricultural point of view, entitled “A framework for sustainable agricultural transformation for the Mekong Delta”.