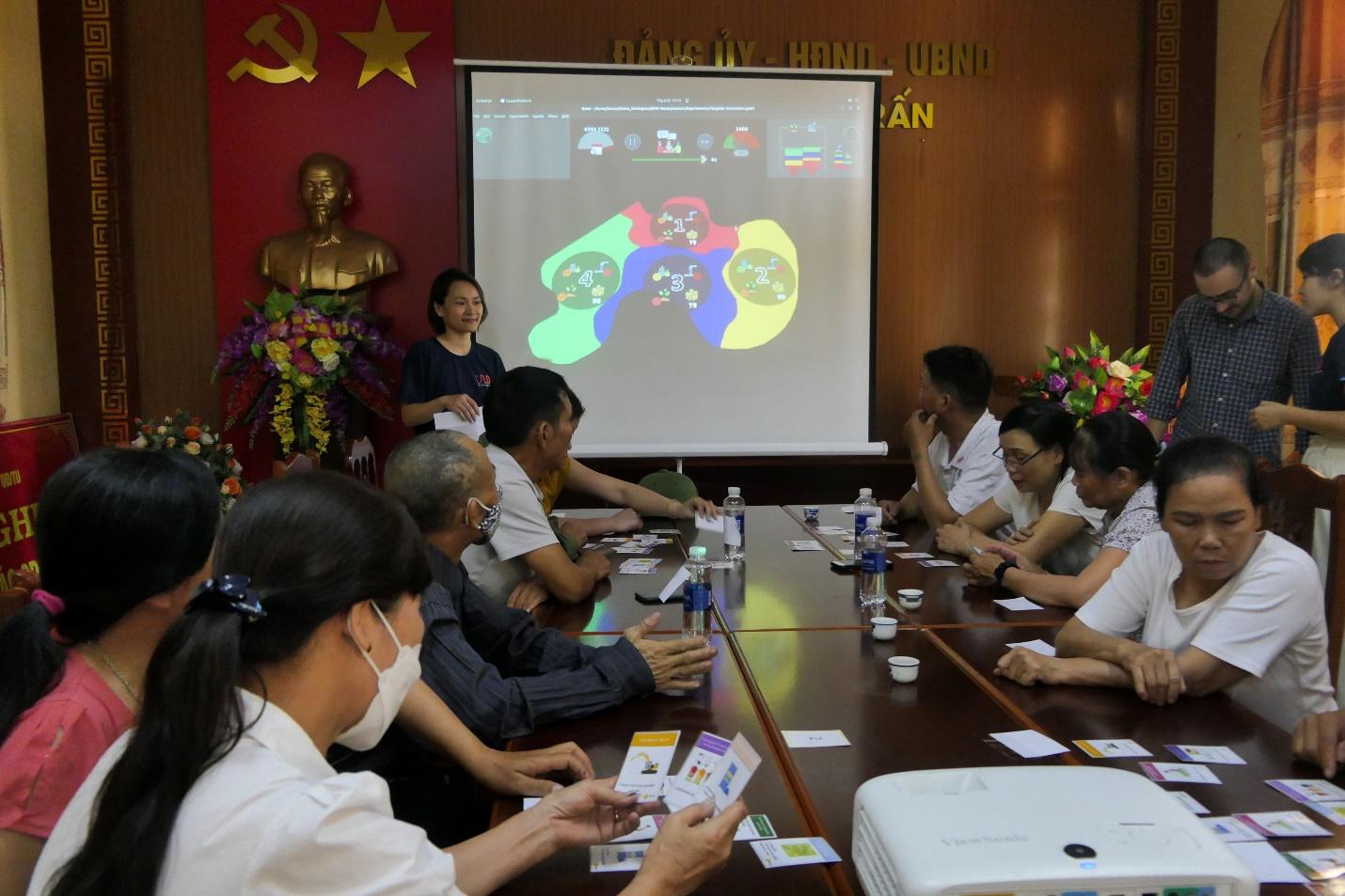 Waste management within irrigation systems has become subject to all upheaval in Vietnam. While this is a topic that people are aware of, waste generation is increasing at an alarming rate. Leading to a profound impact on agriculture due to solid waste affecting a significant portion of wastewater, it has been now recognized as an issue of governance, requiring the involvement of a variety of stakeholders.

Playing an important role in the economic development of the northern region of Vietnam, Bac Hung Hai irrigation system was chosen as the first case study (within a series of 4 irrigations systems in Vietnam). More than just providing irrigation to 110.000 ha of rice, crop, and tree lands as well as livestock, poultry, and aquaculture, the system also provides water for more than three million people and industrial zones. However, according to the report of Bac Hung Hai company in July 2019, water pollution in the system is one of the main issues identified by managers, users, and stakeholders.

While inhabitants and decision-makers are becoming increasingly concerned about these issues, the implementation of collective solutions to these problems is almost non-existent. Moreover, beyond the dialog among policymakers or problems linked to inadequate technology, one key to improving the management of the irrigation systems resides in the effective participation of stakeholders, creating a link among the authorities, civil society, and local communities. In this context, researchers from diverse backgrounds are on all fronts to design a methodology assessing the socio-environmental context, involving modeling and simulation tools in support of a scientific approach to sustainability in the management of irrigation systems in Vietnam.

The assessment was first started with the mapping of different stakeholders involved in the operation and management of the system. Actors and stakeholders were identified by examining through press review those persons or parties addressed, mentioned, aligned or affected by factors or dynamics associated with the functioning of the Bac Hung Hai irrigation system. Through a process of identifying stakeholders, mapping them involves segmenting stakeholders at different institutional and geographical levels, and further into specific categories, such as socio-professional categories among a civil society group for exemple. Detailed knowledge on the system was also shared by Bac Hung Hai Company through an official meeting with ACROSS that helped verify and understand better the map as well as the current state of the system, its functions, different tasks in the operation and management, current technologies applied and their needs for improvement as well as for new technologies. Several most pressing issues were pointed out with emphasis on water supply management and water pollution concerns caused mostly by the impacts of climate change and structural transformation on the use of water and economic activities (urbanisation and industrial parks).  Further field trips and discussions with local authorities and stakeholders at provincial level involved in the management and operation of the 2nd and 3rd canal levels were also organized. Based on this initial assessment of the situation, a series of interviews with stakeholders was conducted to better understand the relationships between stakeholders and the issues that seemed important to them. The semi-structured interview campaign was led in two communes of this district, Phạm Trấn and Thạch Khôi as they share quite similar pollution issues but represent different specific geographical and social characteristics. The main results of the semi-structured interview campaign showed that both communes of Thạch Khôi and Phạm Trấn bear very different contexts but close thematic issues. Indeed, the main issue highlighted in both communes was about pollution.

After assessing the ongoing challenges faced by the identified stakeholders (inhabitants; farmers; management units of different types of canals; and local authorities), the goal is then to propose a serious game allowing to open the dialogue on this subject and envision sustainable solutions of waste management. Achieving it also requires taking into account the realities of power relations between stakeholders, which a serious game can highlight. To open the dialogue about waste management in rural areas in Vietnam, we propose RÁC, a serious game based on an agent-based model using a concrete case study that is exemplary in terms of risk management: the waste management in the Bắc Hưng Hải irrigation system  (Vietnam). RÁC places the player (stakeholders, but also students) in the role of a village leader, who must ensure a sufficient level of agricultural production while minimizing both solid and wastewater pollution to maintain a quality label that is essential for selling agricultural products on the national market. The model was implemented with the GAMA open-source agent-based simulation platform.

In the first stage, 23 games sessions have been carried out with different audiences (high school students, students, researchers) in order to calibrate the game and test its potential to raise awareness on the issue of waste treatment and to open the debate on this subject. In a second stage, RÁC was used in 4 workshops with farmers and village chiefs of Pham Tran commune located in the heart of the Bac Hung Hai irrigation system. These workshops showed a real interest of the stakeholders for the game as well as a good understanding of its objective (to raise awareness and to show the interest of cooperation to deal with the waste issue).

The results provided by the unfolding of RÁC participatory simulation were analysed through quantitative and qualitative methodologies. The analysis shows that every session started communicating about strategic actions at the same time during the game, that is to say in the middle of the session. The general feeling during observations is that when the different groups start to talk to each other, discuss strategies and collective actions, the score tends to increase again. Therefore, we are confident in the fact that RÁC has a strong capacity in opening debates about the issues of pollution.

Future work in the short term will focus on continuing to organize game sessions to better assess the impact of the game on waste management coordination. Longer-term prospects include several improvements to the model and interface and improving the accessibility of the game to allow teachers and stakeholders to directly use the game independently.